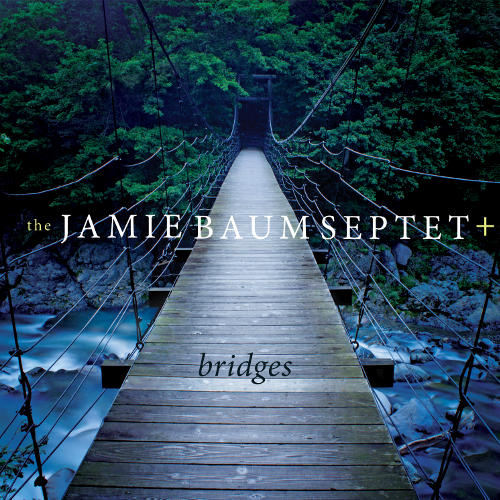 1) From the Well – Based on a scale common to Maqam, Jewish and South Asian music, written with help from Amir ElSaffar whose generosity, kind spirit, and knowledge of Maqam overflows.

2) Song Without Words (for S. James Baum) – Influenced by “Kol Nidre” (an Aramaic declaration played or recited in the Jewish synagogue before the beginning of the evening service on every Yom Kippur) was written in honor of the passing of my father, Seymour James Baum, and is interpreted so expressively by Amir ElSaffar and Sam Sadigursky.

3) There Are No Words – The feeling of loss often has no perfect words, though through music, can be understood universally.

The Shiva Suite was commissioned by The Rubin Museum of Himalayan Art, NYC. Having performed at Jazzmandu, the Kathmandu Jazz Festival in 2003 and again in 2009, I was fortunate to spend a bit of time there on each trip. Interacting and playing with local musicians, making lasting working relationships and friendships, getting to know the culture and sightseeing a bit…I, of course, came under its magical spell! It was difficult to watch the pain and destruction the 2015 earthquake caused to the beautiful people and historic sites, including musicians I knew and places I’d been. When asked to compose something for a performance at the Rubin Museum based on their exhibit, I knew I wanted to highlight and pay tribute in some way to this event and found inspiration in a painting of Shiva.

Shiva is a pan-Hindu deity revered widely by Hindus in India, Nepal and Sri Lanka. Shiva is the “destroyer of evil and the transformer” within the Trimurti, the Hindu trinity that includes Brahma and Vishnu. Shiva is the Supreme Being who creates, protects and transforms the universe. Completely contradictory aspects of life have been built into the personality of Shiva. Such a complex amalgamation of all the qualities of existence have been put into one person because if you can accept this one being, you have crossed life itself. *

7) Joyful Lament – Based on a melody by Nusrat Fateh Ali Kahn called “Lament”, was arranged with Brad Shepik in mind. His solo certainly exceeds anything I could have imagined.

8) Mantra – Arranged by Nepali musician Navin Chettri and myself based on Mahamrityunjaya Mantra meant for healing, rejuvenation and nurturance. According to Shiva Purana when you have fear of any unknown event this chant helps you to overcome the fear. The Shiva Purana is the highest science of elevating human nature to the very peak of consciousness, expressed in the form of very beautiful stories.*

9) Ucross Me – Written at UCross Artist Colony, this piece is about “crossing boundaries” and connecting influences.

Back in 2013 after my last CD, In This Life, came out, I had been asked so many times how it was that I became so enamored with the music of Pakistani Muslim/Qawwali vocalist Nusrat Fateh Ali Kahn…certainly enough to have composed music for that entire CD based on his influence. Aside from the fact that I found in him what I have found in those musicians who have touched me, like Coltrane, Miles and Pavarotti… a truly gifted, deeply spiritual and soulful artist, I had to really think about it. In a nutshell, I found there to be very deep connections going back centuries, between certain types of Jewish music (my earliest musical influences) and Arabic, Middle Eastern and South Asian music.

To make a long story short, researching these musical connections and composing mu- sic based on them became the focus of my project, Bridges, for my Guggenheim Fellowship. This music represents a “Bridge”, highlighting the similarities found in diverse religious music traditions that connect us, expressed in a modern jazz/improvisatory format played by musicians of those various backgrounds. Drawing on influences from Jewish, Muslim/Arabic and HIndu/South Asian music, these stellar musicians transform my compositions with an urgency and commitment into a unique, exciting tapestry, taking the listener (and themselves) into territory that feels both familiar and unknown. While my proposal was submitted to the Guggenheim Foundation in 2013, the concept and music on Bridges feels more compelling and relevant today then I could have anticipated!

All compositions and arrangements by Jamie Baum © 2017, Lynnjam Music BMI, except where noted.

“…what shakes out is the fact that this is uplifting music…(the CD’s) tone generates vivid imagery and a sweeping grandeur. And when Baum’s expanded Septet+ goes big, the music is grander than life. Baum’s lineup is like a future wing of the Jazz Hall of Fame.” – Dave Sumner, May’s “Best Jazz on Bandcamp”

“Bridges is packed with layered counterpoint and dense sonic textures. It’s full of shifting rhythms, frequently within the same tune — The often-serpentine melodic lines overlap, intermingle and clash for dramatic effect. In all, the album ranges from meditative to riotous and deftly balances the tightly scripted intricacy of the compositions with a loose abandon in the solos. It takes a top-fight group of players to execute such an ambitious endeavor. And Baum’s Septet+, certainly rises to the challenge. Indeed, (Baum’s) tone has a sonic heft — a thickness — that stands in contrast to the instrument’s often bird-like quality.” – Eric Snider, Jazziz Magazine Summer 2018

“Baum embodies the title of her album Bridges…and clearly shows how easily she can swivel between different worlds.. The recording, which is billed to her long-running Septet+, draws upon some of jazz’s most noted syncretists to help her achieve that goal…” – Peter Margasak, The Chicago Reader

“A gifted flutist in any context, Jamie has constantly shifted direction as a composer and bandleader, recruiting versatile instrumentalists to interpret her demanding music.A master at blending multiple influences into her works…” – Ken Dryden, Hot House Jazz Magazine

“Offering touches of modernization while remaining steadfast in honoring core values, Baum creates a world where sonic and spiritual resonance rest on an even plane. Even in its most unsettled state, there’s a pronounced sense of purpose lighting the way. There’s clearly no chasm too wide for Baum to cross.” – Dan Bilawsky, JazzTimes

“As someone who has studied Indian music for years I have always been wary of attempts at fusion of jazz,…To say (Jamie) is successful is an understatement. My initial misgivings have been swept away by the artistic achievement this music represents. Beautifully articulated by the ensemble, with top quality solos by its members — and recorded with great depth and clarity, this is a landmark recording that belongs in the collection of anyone interested in the artistic barriers being breached by visionary jazz artists such as Jamie Baum.” – Peter Westbrook, Flutist Quarterly

★★★★ “Baum has the prestige of a Guggenheim fellowship and a string of fine releases under her belt… (She) elicits an attractively broad tone from the alto flute, writes intricate, developmental, multi-episodic songs…and her ability to make changes of time and texture gel is her strong suit. The inclusion of ear-catching tonal detail…takes the overall sound palette beyond what might have been expected…For all the delicacy of some of the orchestrations, Baum knows when to introduce a heavy, punchy backbeat to excellent effect. This is the latest strong entry in Baum’s discography…that skillfully blurs the lines between multi-layered through-composition, hard, tough grooves and focused improvisation.” – Kevin Le Gendre, Jazzwise (UK)

“As you read and listen to the track titles you begin to understand the thoughts, story and hope that Baum is telling us through these complex compositions, which combine improvisatory jazz, Hindu, Arabic, Jewish, Classical and Minimalist forms into a beautiful whole! Throughout the album the playing is stellar, the ensemble is perfect and each artist contributes exquisitely to the musical message of the album.” – Barbara Siesel – The Flute View

“The highly anticipated follow-up to her 2013 recording In This Life, Bridges offers yet another recording of incredible depth, beauty, spirituality, undiluted zeal and is the culmination of Baum’s search for common links between some of the world’s great religious music traditions. Besides being a fine flutist and bandleader, Jamie Baum, is a gifted composer whose every release shows a great deal of work, dedication and complexity.” – BLG , Downtown Music Gallery

“”Bridges, the album, does what bridges, the structure, are built to do, i.e. break down barriers, cross borders, bring people and ideas together, and to take people to new places to have new experiences. Jamie Baum Septet+ continues to make exceptional music, music that makes us think, makes us contemplate, and moves us in so many ways.” –Richard Kamins, Step Tempest

“Nothing about this music composed by Jamie Baum is conventional – this effort from her on Bridges must be regarded as truly remarkable as the music succeeds magnificently in the setting of themes, details in modes and the manner in which it stands conventional collisions within the broad swathe of its cultural topography on its head. Incandescent, profoundly human and intoxicating in its celebration…makes for a musical adventure that mixes wild mystery with coruscating brilliance.” – Raul da Gama, jazzdagama.com

“At times regal and calm, at others ominous or triumphant, the septet captures a rich and colorful tapestry of emotions, led by Baum’s impressive compositional ability. That same talent as composer is the very thing which elevates Bridges well above the mundane…her ability to skillfully weave together sounds from almost a dozen instruments as well as a few occasional vocalists is most impressive. “ – Peter Hoetjes, All About Jazz