Ms. Baum has been in the DownBeat Critics Polls annually since 1998, making #1 “Rising Star Flutist” in ’12, #2 “Flutist” in ’19 and #3 “Flutist” in ’20. She was named a “Major New International Talent” in 2015 lists by both “Musica Jazz” and “Jazzit” (Italy), was #2 “Flutist of the Year” in the 2018 Eleventh Annual International Critics Poll and tied 4th place with Hubert Laws in the 2018 JazzTimes Critics Poll. Jamie was included in Huffington Post’s “Twenty five Great Jazz Flute Performances”, nominated by the Jazz Journalists Association for “Flutist of the Year“ eleven times, and The Jamie Baum Septet+ was nominated in 2014 “Best Midsize Ensemble” – in the same list with only two other bands -The Wayne Shorter Quartet and Steve Coleman’s Five Elements!

Media attention for her recent CD, Bridges, and previously released, In This Life, brought features on WBGO’s RADAR and NPR’s All Things Considered, reviews in The New York Times, DownBeat, JazzTimes, All About Jazz, etc.. and two hour-long feature/retrospectives on major German and Czech public radio shows. Bridges was voted #4 in the 2018 JazzTimes Readers Poll for “Best New Release,” and In This Life was in “Best CDs of 2013” lists including Boston Globe, ITunes, and Francis Davis’ NPR Music Jazz Critics Poll. Recently, Baum was included in the JazzTimes 10: Essential Jazz Flute Albums (2019), 3 Questions for Today’s Jazz Musicians by Lilian Dericq, Cricket Publishers (Paris), the “Woodshed” in DownBeat, January 2019, and was the flutist on “The Essence of the Blues — Flute: 10 Great Etudes for Playing and Improvising, Book & CD”, (Jim Snidero “play-along” series, 2019).

Through a highly competitive auditioning process, Jamie was chosen to tour for the DOS/Kennedy Center Jazz Ambassador program from ’99 -’03 in South America and South Asia. The US State Department also sponsored later shorter tours, in addition to several isolated US Embassy-sponsored programs while Baum was on her own tours in Europe and South Asia. Baum’s two main active projects featuring her compositions include The Jamie Baum Septet+, together since 1999, and her Short Stories band marking five years by performing at the 2020 Winter Jazzfest. In addition, she co-leads Yard Byard: The Jaki Byard Project and is involved in several other projects either as co-leader or side-woman, including The Richie Beirach/Jamie Baum Duo and NYC Jazz Flutes.

Ms. Baum has been on the faculty of the jazz department at Manhattan School of Music since 2006, on the adjunct faculty roster at the New School University since 2004 and taught at Berklee College of Music (2011-2013). Summer jazz programs Baum has taught composition, improv, flute technique and coached ensembles at include the Stanford Jazz Workshop Institute, Litchfield Jazz Camp, Maryland Jazz Camp, etc. A clinician for Altus Flutes/KHS America since 1993, they have sponsored her innovative, pioneering workshop “A Fear Free Approach to Improvisation for the Classically-Trained Musician”TM and “Flute Technique for Doublers” at colleges, conservatories, festivals, flute clubs and “music and art” schools worldwide. 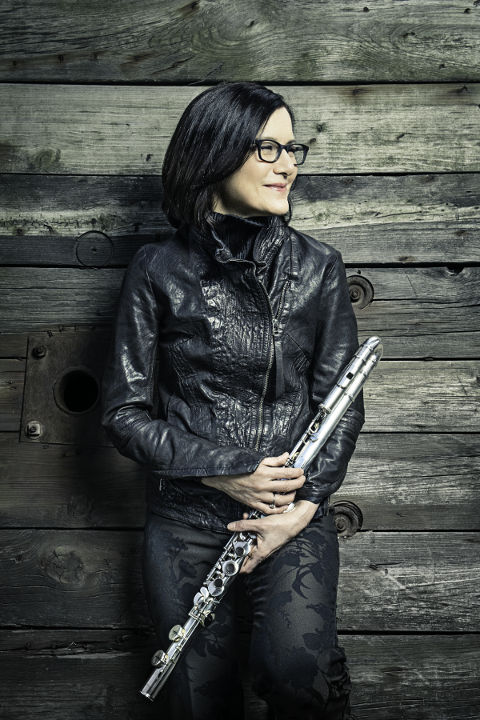