Yard Byard: The Jaki Byard Project had been an idea for several years, finally coming to fruition in 2010 when long-time friends George Schuller and Jamie Baum teamed up with fellow New England Conservatory alumni Jerome Harris and Adam Kolker. Holding on to several charts given to them by the late, great pianist Jaki Byard several years ago, they knew they would eventually find the right time to explore this interesting, timeless music.

As one of the most versatile jazz improvisers of our time, Jaki Byard was less known for his compositional prowess than his exuberant and slightly off-kilter piano stylings. But thanks to his years of teaching and mentoring at institutions such as the New England Conservatory of Music and The Manhattan School of Music, we now have a constellation of Byard torch-bearers who make it their business to shed light on what was previously a dim memory. Jaki wasn’t one to display his multi-instrumental and compositional abilities. Instead, it was more about the passing of that unique mantle piece of jazz history to many of his students as experienced with the likes of Charles Mingus, Eric Dolphy, Booker Ervin, Sam Rivers, Maynard Ferguson, Rahsaan Roland Kirk, Richard Davis, Elvin Jones, and many others.

Yard Byard is clearly a cooperative group with arrangements and input from all of the members. Made up of five of NYC most in-demand musicians, each has had some kind of association with Jaki Byard, either through working, playing or studying with him. With their 2014 recording, Inch By Inch (GM) receiving four stars in DownBeat Magazine and performances at venues such as Dizzy’s Jazz Club at Lincoln Center and at KC Jazz Club at The Kennedy Center, Yard Byard has clearly tapped into something unique and exciting!

It would have been “convenient” to include a pianist and become a living repository of “The Jaki Byard Sound.” However, Yard Byard’s mission is to explore the beauty and creativity of each of Jaki’s compositions as well as to attempt to absorb the serious and whimsical sides of his larger-than-life personality. Focusing mostly on his music, this unique quintet also performs other compositions by some of the great artists Byard worked with or was influenced by, offering a snapshot of jazz history during an important period of American music. 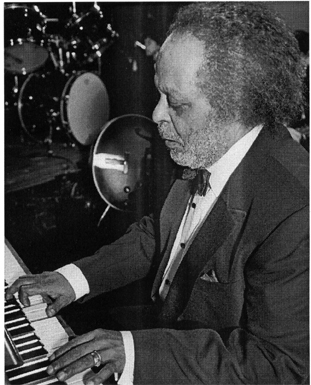 Jaki Byard began playing professionally at the age of 15. “His playing was rich, masterful and above all, versatile, covering everything from stride and ragtime to bebop and free jazz. Pianist, saxophonist, composer, arranger, and teacher Jaki Byard had a career that followed the music — along the way he became a master of every style of jazz.” (NPR Jazz Profiles) He was an important influence for everyone he played with and taught.

He recorded extensively with Charles Mingus, Eric Dolphy, Booker Ervin and Sam Rivers among others. As a leader, he recorded albums for the Prestige label during the 1960s and later led his big-band, The Apollo Stompers.