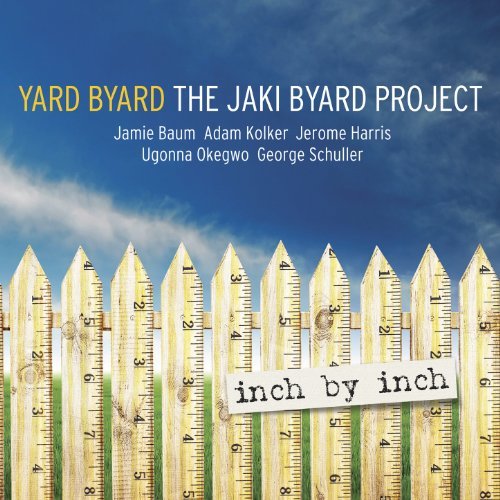 “The music was all Byard’s, played lovingly and a bit loosely…Most of the songs in the first set were fine examples of standard form gone just slightly haywire. The absence of a pianist in the group is good strategy…Mischief isn’t the only side of Byard’s music, though, and Ms. Baum, an experienced composer-arranger, has clear perspective on his lyricism. “Toni,” a ballad with waltz-like properties, was among the subtler highlights of the set.”
— Nate Chinen, New York Times

★★★★ “This quintet does not include Byard’s main instrument, a sensible omission that provides even more reasons to marvel at how his notated ideas work in such a different context than his own. The combined reeds of Baum and Kolker also sound like they’re playing tribute to Byard’s incredible front-line horns, especially Dolphy, Booker Ervin and Rahsaan Roland Kirk.”
— Aaron Cohen, Downbeat

“Byard’s music was one in which first impressions would indicate a straight-ahead style, but further listens revealed compositional eccentricities and improvisational quirks that often differentiated him from the pack. The “Yard Byard” quintet reflects those qualities beautifully, displaying an emotional depth and light-hearted euphoria both.”
— Dave Sumner, wonderingsound.com

“Tribute bands are tricky things: how to capture the spirit of a musician without lapsing into mere imitation and suffering by comparison? The Jaki Byard Project pulls off the feat as deftly and deeply as any other band of its kind. These are top-notch musicians, all, and here they genuflect as great students, capturing their old teacher’s wit, whimsy, and extraordinary musical complexity. It’s the kind of music that the late trumpeter Lester Bowie once called “serious fun.”
— Fred Kaplan, Stereophile

“An album in tribute to a prodigious pianist—without a pianist; it must have seemed a good idea when flutist Jamie Baum conceived it. And it was. Baum’s flute work and Kolker’s tenor saxophone, particularly on the Parker memoriam, deserve special mention.”
— Doug Ramsey, Rifftides

“Yard Byard is a cooperative ensemble wonderfully based on a quirky body of work which in their capable hands proves extremely viable, the compositions of the late master musician and teacher Jaki Byard. What an inspiration, why didn’t someone think of this before? This has to go down as one of my favorite new band sightings of the year.”
— Willard Jenkins, OpenSkyJazz.com

Recorded at Tedesco Studios, Paramus, NJ on Aug. 25-26, 2011
All compositions by Jaki Byard
All arrangements by Yard Byard except where noted.
Executive Producer: Gunther Schuller

As one of the most versatile jazz improvisers of our time, Jaki Byard was less known for his compositional prowess than his exuberant and slightly off-kilter piano stylings. But thanks to his years of teaching and mentoring at institutions such as the New England Conservatory of Music and The Manhattan School of Music, we now have a constellation of Byard ‘torch-bearers’ who have made it their business to shed light on what was previously a dim memory.

Yard Byard: The Jaki Byard Project has been an idea waiting to happen. When long-time friends Jamie Baum and George Schuller teamed up with fellow New England Conservatory alumni Jerome Harris and Adam Kolker in 2010, they decided it was time to pool several of Jaki’s old charts, dust them off, and bring them back to life. Adding bassist extraordinaire Ugonna Okegwo to the mix, it was about time an exploration of this interesting, timeless music was given its due.

Inch By Inch is a collaborative effort between mgrs. Baum, Kolker, Harris, Okegwo and Schuller…their first recording featuring such Byard favorites as Strolling Along, Aluminum Baby, and Ode To Charlie Parker along with three of his family tributes: Toni, Gaeta and Garr; and a bevy of other more obscure Byard originals such as Flight of the Fly, Twelve, Fadism, St. Marks Place Among The Sewers, Dolphy, and Inch By Inch, Yard Byard (first time recorded!).