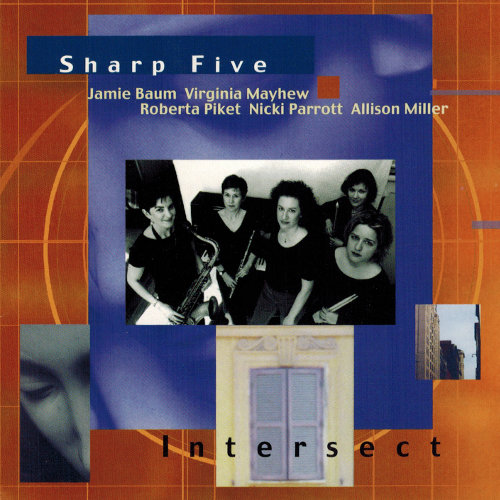 When one hears that five of New York’s busiest jazz musicians joined forces to create Sharp Five, and to make their recording Intersect, the phrase “pickup band” may come to mind. The term implies a random group of players getting together in the studio for what is little more than a jam session.

While it is true that the members of Sharp Five, all women, each have flourishing careers of their own, this was not a pickup band. These artists had known each other for years, having played together in various contexts as sidewomen and leaders. Those years of interaction were manifested in the musical rapport heard on this recording, in the way they ebb and flow as one entity. It should also be noted that all the band members contributed compositions and/or arrangements for this CD.

Although the writing and playing styles of these musicians are diverse, a common foundation deeply rooted in the jazz tradition gives them a point of mutual understanding, a place where musical values and aesthetics intersect.